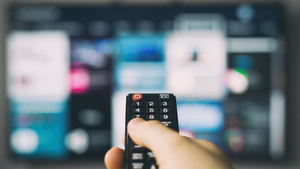 In recent weeks, many of us have spent more time at home that we would normally do in several months! Whether you are homeschooling your children or working remotely, you’ve probably needed some downtime to cope with the pressures of the lockdown.

One way to escape is to immerse yourself in a great book, film or TV series. So, to help you sift through the choices available, here are some lockdown recommendations from the Altura team.

The Wire leads our TV recommendations

Described by Rob as ‘simply the best TV series ever made or that ever will be made’ The Wire is ‘almost worth a few weeks’ lockdown just to watch them all!’

Featuring British stars Idris Elba and Dominic West, the five seasons of The Wire explore the relationship between Baltimore’s drug kingpins and the law enforcement agencies. While not a huge ratings hit when first broadcast, it has since cemented its place as one of the greatest TV shows of this generation, with even the former President, Barack Obama, naming it as his favourite television series of all time.

Other thrillers popular with the team include four seasons of the Italian serial Gomorrah, following the modern-day Italian mafia in Naples, and Designated Survivor which Pete likens to Keifer Sutherland’s previous work in 24 and says is ‘a decent watch’. James also highlights the popular BBC hit Killing Eve starring Jodie Comer and Sandra Oh.

If you’re a fan of historical drama then James suggests the lavish Netflix production The Crown, starring Claire Foy (for two seasons) and Olivia Colman as Queen Elizabeth II. If you want to head further back, James suggests Outlander in which Caitriona Balfe’s World War II nurse finds herself transported back to the Jacobite uprisings in Scotland in the 1740s.

Comedy is a great way to escape these unusual times we live in, and Rob is currently re-watching the brilliant Peep Show starring David Mitchell and Robert Webb. Although, it is not proving to be a great diversion as Rob says ‘it was mainly filmed in my area of North London, so not much of an escape in that respect given I’m stuck here anyway!’

While not billed as a comedy, there’s plenty of outrageous twists and turns in Netflix’s latest hit documentary Tiger King. Pete highlights the seven-part documentary which follows big cat enthusiast Joe Exotic and a cast of crazy real-life characters in a storyline which quickly spirals out of control.

Head back to 1985 with our film recommendations

There’s generally no need for an excuse to watch Back to the Future but if you have kids at home then Rob suggests there is no better family entertainment. Indeed, if you have time on your hands you could consider watching the entire trilogy, if just to see how many of the predictions for the year 2015 the writers got correct!

James highlights a couple of historical dramas as required lockdown watching. Based on Shakespeare’s Henry IV and Henry V, the Netflix original The King features rising star Timothée Chalamet as Henry VI alongside the likes of Joel Edgerton, Ben Mendelsohn and the fantastic Thomasin Mckenzie.

James also suggests Christopher Nolan’s ambitious World War 2 epic Dunkirk, telling the story of the Brits heroic evacuation from the French port, while Pete suggests a film from recent history. Molly’s Game is the true story of Molly Bloom (Jessica Chastain), whose underground poker empire for celebrities, athletes and the Russian mob was exposed and became the target of an FBI investigation.

If you like your films a little grittier, then Rob suggests Martin Scorsese’s 1990 epic Goodfellas narrating the rise and fall of mob associate Henry Hill (Ray Liotta) and his friends and family from 1955 to 1980. James also suggests Anna, Luc Besson’s 2019 thriller about a Russian assassin played by Sasha Luss.

For all-out entertainment, there have been few better films in the last few months than Knives Out. The Agatha Christie-esque country house whodunnit features an all-star cast including Chris Evans, Michael Shannon, Toni Collette, Don Johnson and Daniel Craig, who Pete says is ‘at his best’ as the Southern detective Benoit Blanc.

There are plenty of opportunities right now to curl up with a good book, and both James and Pete highlight non-fiction as a great place to start.

The pandemic has been compared in some quarters to wartime, so where better to start than with a book by the country’s great wartime leader, Winston Churchill?

Staying in Africa, Pete was born in Zimbabwe and recommends Two Weeks In November; a book charting the thrilling, surreal and unbelievable true story of how four would-be enemies – a high ranking politician, an exiled human rights lawyer, a dangerous spy and a low-key white businessman turned political fixer – teamed up to help unseat one of Africa’s longest-serving dictators, Robert Mugabe.

White Flag chronicles the demise of the UK’s military capabilities and is another of James’ choices, while Pete suggests Three Sips of Gin; the story of the Selous Scouts Regiment and how they became one of the deadliest and most effective killing machines in modern counter-insurgency warfare.

If you prefer some fiction, then Rob suggests three dystopian disaster novels for our times.